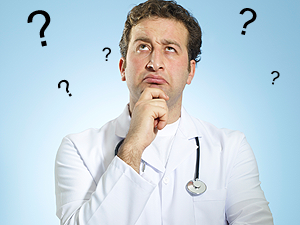 This is cool.
Last week I spoke to another doctor about her husband’s surgery. Knowing that infection was the number one complication, she wanted to peek at the site. The surgeon warned her to keep her hands off, to leave the dressings alone. He was worried that removing the dressing would increase the risk of infection.
I won’t tell you who won….
Researchers at the University of Victoria in Canada are developing a smart bandage. GelDerm is a pH sensitive wound dressing that changes color in the presence of bacteria. (Think of the color change on a strip of a baby diaper) The bandage automatically releases antibiotics to sterilize the area but they are working on a version that would only release the antibiotics in the presences of bacteria. Now that would be super cool. That would be targeted therapy and the way that we need to go in medicine.
Unfortunately, they estimate it will be at least 5 years before it’s ready.
That’s not so cool!