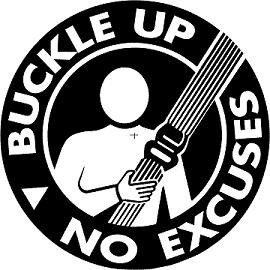 Do you know how important seat belts and car seats are? I do. On one terrible night in the ER, I remember a parade of paramedics rolling stretchers into the center. Blood everywhere, moaning and worried expressions by the emergency crews. The ER staff flew into action to treat the victims of the multiple car collision. The last stretcher rolled in and on top of the stretcher was buckled in a car seat. Both the baby and the paramedics were smiling. I did this little one’s exam. Not a scratch. Remarkable.

A recent study shows that in fatal car crashes 43% of kids were not restrained properly.  That means that in almost half the cases of children DYING, they were either not wearing a seatbelt or they were not wearing it correctly. You know, like sliding the upper portion behind your back instead of across the chest. The study was done at UT Southwestern, right here in Dallas and they found that a majority of car accidents with fatalities were in the south.

There’s no excuses. Buckle them up. Keep them safe.