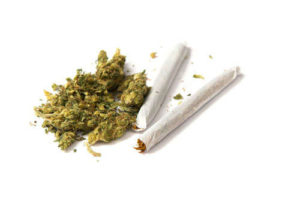 An article I read recently encourages “embracing the complexity of the issue” of marijuana use in teens.

It discourages “vilifying cannabis”.  My problem is that the rest of the article is spent telling about how bad marijuana can be with teenagers. Cannabis use typically starts in teenage years. Up to 55% of teens have tried smoking marijuana and 23% admit to being current smokers. (6% use daily) Compared to adults, younger users are more prone to getting addicted …becoming dependent on it. That shouldn’t surprise anyone, it’s also true of younger cigarette smokers too.  In teens, regular use is associated with poor school performance, problems with thought processes and a higher incidence of psychiatric problems.  Despite the drug making you feel relaxed, cannabis use actually worsens anxiety, depression and psychosis…which then encourages more use to relieve the symptoms.  Frankly, although its use has been described as safe and benign in adults, that doesn’t appear to be the case in teens. Which makes knowing that almost 1/4 of our teenagers are smoking – a really distressing fact.

Talk to your teenager.
Information from Pediatric News march 2018.
Susan Badaracco, Pediatrician and Author of “The Oath” series.