We all know it but it seems researchers spend a lot of time proving it.  The American Journal of Physiology had an study comparing exercisers who were generally active versus those that were generally inactive. It turns out that the solitary workouts did little to decrease an individuals risk of heart disease, no matter how vigorous the workout was.  UT Austin did another study. Seven volunteers wore monitors to track their activities. For four days they were told to be active. They walked an average of 17,000 steps. They still sat for an average of eight hours. Next, they were told to be sedentary for four days and they sat for up to fourteen hours a day. On the fourth day of the cycle, they ran for an hour.  The following morning they ate a high fat and high sugar breakfast. Researchers found that after four days of activity (walking) the exercise helped to keep the triglycerides low. Not true after the four days of sedentary behavior, their triglycerides levels remained elevated. They said the sedentary behavior (think couch potato) made them ‘exercise resistant’.

Maybe you should get that Fitbit after all. And keep moving! 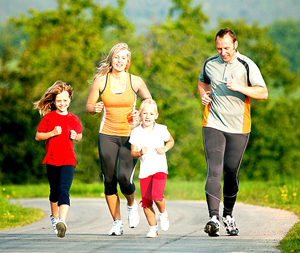