Are You Ready for some Football? 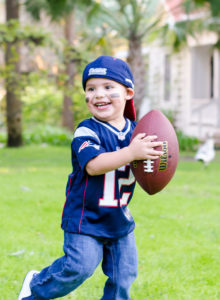 If your child is under the age of 12, the answer might be NO.  A study published in the journal Translational Psychiatry showed that playing football under the age of 12 was associated with 2 times greater problems with emotion, apathy and executive function (decision making).  Even worse, there were 3 times greater odds for depression.  There was no difference between total years played or number of concussions.  But it did likely have something to do with the total hits that players took to their heads.  Did you know that youth football players take an average of 250 head impacts per season? Holy cow!

Between the ages of 9 and 12, a lot is going on in the brain.  Important stuff in the white and gray matter.  Changes are occurring where we regulate our emotions and behavior.  Perhaps we don’t need to shake things up at this age!

Do we have enough proof?  The Wake Forest School of Medicine looked at football players aged 8 to 13. These players underwent MRI scans of their brains before and after football season. While none of the players in the study suffered concussions, those that had more ‘hits’ showed significant changes in their brain’s white matter.

I don’t know about you but that sounds scary.   For years, there has been debate on when ballerinas can go ‘on pointe’. The recommendation is to wait until age twelve. If we care that much about our kids toes, perhaps we should give similar consideration to their brains!

Susan Badaracco MD (and author of “The Oath”)