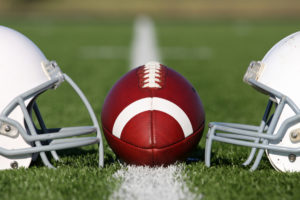 The Journal of the American Medical Association reported that chronic traumatic encephalopathy (CTE) was diagnosed in 110 of 111 former NFL players whose brains were donated.  They also said that CTE was diagnosed in 87% of all former football players…including high school, college and semipro. This study is the largest yet and was conducted at Boston university and the VA Boston Healthcare system.  They comment that “a high level of play may be related to substantial disease burden.”

What does this mean?  Among those that were discovered to have mild stages of CTE (stages 1-2) the most common cause of death was suicide.  Of those that had more severe CTE pathology, the leading cause of death was Parkinson’s and dementia. These same participants were also noted to have more behavioral or mood symptoms. This is important. The researchers believe that impulsivity and anxiety may be signs of the early stages of the disease.  Once CTE progresses, it impacts speech, memory and motor functions.  This is not a new finding.  Pugilistic dementia was the term used to describe boxers who suffered from this ailment a century ago! The NFL is paying attention, especially after mounting lawsuits surrounding the topic.

I know that we believe that football is ‘America’s sport’ but at what cost?